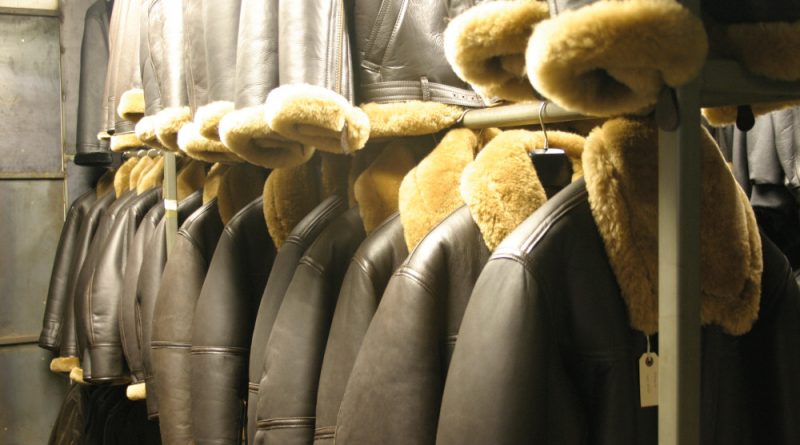 Part of the famous British steering wheel manufacturer, Moto-Lita, this producer of premium leather handmade British jackets will fly you to a bygone age!

As for me, I’m not a particular fan of the Triumph Spitfire, I prefer the more grown up Stag, but there was one thing that Dave had that I, like the other young pretenders, coveted and that was his leather jacket. Dave’s jacket was not an ordinary leather jacket, sixty quid from Blackbushe Airport Market, nor was it a designer piece from the finest Italian houses; Dave’s leather jacket was a World War Two pilot’s jacket. Yes, Dave had an original Irvine RAF Sheepskin Flying Jacket!

Looking back, obviously Dave’s jacket was an amazing piece of history in itself but I’m not sure any of us were really that aware of the importance of this amazing item of clothing and I don’t know if Dave still has the jacket in his possession. Back then of course you couldn’t simply buy an Irvin jacket, there were no retail outlets, no internet connecting us to purveyors of anything you can think of, in fact the Irvin jacket as a new piece of clothing, we thought, did not exist!

Created by Leslie Leroy Irvin, who was already a big light in the aviation world having invented, patented and manufactured the parachute rip cord system, and clearly a pilot’s favourite as his invention was a lifesaver, the Irvin sheepskin flying jacket was a design classic. Irvin had set up Irvin Air Shute in 1919, a company that manufactured parachutes for the United States Government. Aviation was having something of a purple patch in this period with innovation and development creating serious gains in the abilities of aircraft performance and as a result aeroplanes were flying at higher altitudes than ever before. As we all know the higher the altitude the colder the temperature becomes and the colder the crew become, which can have some serious, potentially catastrophic, outcomes. Leslie Irvin was very aware of the effects of plummeting temperatures due to altitude and uninsulated cockpits being experienced by pilots and crews of military aircraft approaching the beginning of the Second World War. To enable the pilots and crews to continue to reach the heights Irvin developed what was to become the Irvin RAF Sheepskin Flying Jacket.

In 1926 Irvin Air Shute setup a factory in Letchworth, Hertfordshire, as the company had become the biggest parachute manufacturer in the world and was suppling forty five countries including Germany. The jackets were also manufactured at the Letchworth factory and supplied to the RAF in the Battle of Britain and throughout the majority of World War Two. Made using the finest quality heavyweight sheepskin, as the wool creates superb insulation and although the skin and wool were thick the jacket overall was light and very comfortable to wear. It was very important that the skin of the jacket was easy to move about in and not stiff in anyway as the inside of these fighter and bomber planes were cramped spaces so being able to have unrestricted movement was vital, especially on longer operations. The Irvin jacket really is a design masterpiece that gave ultimate warmth, comfort and flexibility all in one, now iconic, piece of clothing.

Designed with long fitting sleeves complete with zip opening so that gauntlet style gloves could be worn, the jacket featured a wide wool lined collar that could be fastened around the neck and lower head and also had a belt fitted to the waist to provide warmth and maintain the wearer’s body temperature. The jacket proved to be very very popular indeed, so much so that the company had to outsource some of the production to other manufacturers in order to keep up with the demand and fulfil the number of jackets that were required. This outsourcing resulted in there being some deviation from the standard jacket and variations in design. Of course there was a war in progress and therefore, certain levels of improvisation were required from time to time!

After the Second World War production of the Irvin RAF Sheepskin Flying Jacket reduced as demand for this high quality piece of clothing rapidly declined and ultimately production stopped. There has always been a cult following for the Irvin jacket and this helped keep some second-hand ones in circulation which came up for sale from time to time, but as the years passed good examples became increasingly difficult to obtain.

Simon Green, a man you may have heard of or know of the British steering wheel manufacturing company that he formed in 1958 a certain Moto-Lita, is a qualified and enthusiastic pilot. Simon decided having seen photos and films of pilots and magnificent men in their Irvin flying jackets that this was the look for him, for practical as well as sartorial reasons. However, there was a problem or perhaps an opportunity? Yes, you’ve guessed it, there was very limited availability it was difficult to buy a good Irvin Sheepskin Flying Jacket at that time.

Being the entrepreneurial type Simon decided, after some considerable research, including help from the RAF museum at Hendon to make his own Irvin style sheepskin flying jacket. The results of this endeavour were very pleasing, and his creation proved to be very comfortable, exceptionally warm and just right for taking to the skies. Simon Green was contacted by one of Irvin’s original subcontractors who supplied some patterns and original machinery used to produce the jackets, and the Irvin company approved the use of the Irvin name. Today Aviation Leathercraft is proud owner of the Irvin trademark, which is sewn into each jacket as a mark of authenticity.

This “new” Irvin style flying jacket was proving to be a hit and soon friends and associates began to ask if they too could have a jacket made. Simon started to accept orders and soon the demand grew sufficiently for Aviation Leathercraft to be established. As the supply of original World War Two jackets continued to reduce the demand for the new jackets continued to increase. The craftsmen and women at Aviation Leathercraft soon became very busy maintaining production to meet demand from flyers, bikers, motorist and others who wanted a high quality handmade British sheepskin flying jacket. Soon word was spreading about these excellent pieces of clothing and then one of Her Majesty’s Royal Air Force Squadrons came knocking, wanting Simon to design a leather flying jacket just for them. The Company has since gone on to deliver several bespoke commissions for many Military groups including the Red Arrows and of course the Battle of Britain Memorial Flight.

Today Aviation Leathercraft not only manufacture the, as close as you will get, original Irvin RAF Sheepskin flying jacket, but also a variety of other leather flying and pilots jackets along with gilets and trousers, all suitable for flying and indeed open top driving or whatever yu may choose to wear them for. The company’s products are absolutely top quality with an excellent attention to detail that you would expect from an independent British manufacturer. To find out more and see how you can keep warm and stylish while looking for the sky’s limits, check out Aviation Leathercraft’s website or give them a call directly, details below.