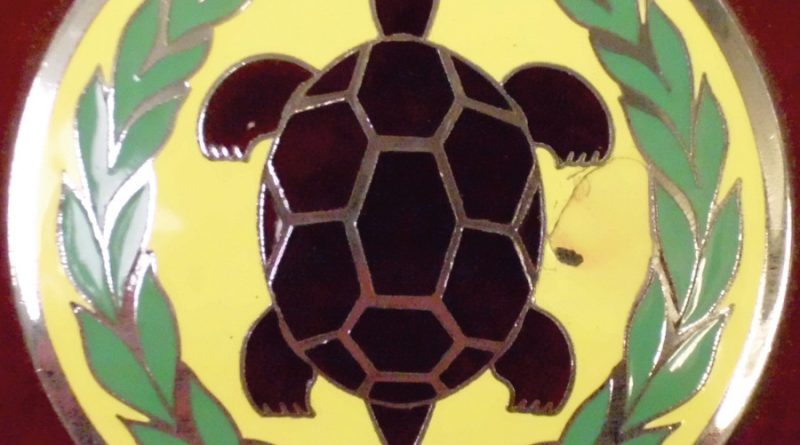 A stunningly beautiful, blisteringly powerful British GT coupe that was the victim of its own success – this is the story of the Gordon-Keeble.

The Sixties were surely the post-war heyday for the refined gentleman’s carriage. An Italian suit, a whole lot of muscle, but British through and through – that could either describe James Bond or Gordon Keeble.

From the mid-Fifties on, Europe was awash with elegant coachbuilt GTs for the distinguished chap. France had Facel, Italy had Iso, Lamborghini and Ferrari, while Great Britain had Aston Martin, Bristol, Alvis, Jensen and AC, alongside the traditional Bentley. Although those latter companies were very, very British, they would often go shopping for styling on the continent, and many looked across the Atlantic for cheap, reliable powerplants. From the mid-Fifties to the mid-Seventies, America was a net exporter of horsepower.

One name that burned very brightly but all too briefly was Gordon-Keeble. The names belonged to John Gordon, the MD of Peerless Cars Ltd in Slough, and Jim Keeble, a racing driver and builder of some note. In the late Fifties, Peerless were already making their handsome GT based on Triumph TR3 running gear, but Gordon and Keeble got together to make a one-off special, powered by a Chevrolet Corvette V8 and clothed in a Giugiaro-designed, Bertone-built 2+2 body. Keeble was based in Ipswich, and it was an American airman from nearby RAF Bentwaters that suggested popping American muscle into a lightweight British coupe; hardly a new idea, but one that would later turn Carroll Shelby into a household name.

The result was brutally beautiful, with almost 300bhp of Chevy 283 power and a sophisticated spaceframe chassis featuring DeDion rear suspension and all-round disc brakes. The Gordon GT starred on the Bertone stand at the 1960 Geneva Motor Show, where it received glowing reviews. Sadly, in the slightly less stellar surroundings of Slough, Peerless had been teetering on the edge of collapse for some time, and, around this time, Gordon cleared his desk and walked. Peerless fell. The remnants of the company were bought up by one of the original founders, who modified the Peerless GT and sold it as the Warwick GT, but that also foundered within just a couple of years.

Meanwhile, Gordon and Keeble seemed to be on to a good thing with their pet project. They’d allowed the prototype to be used for press road tests, and received some sensational reviews, so, when they approached GM to supply crated 283 V8s and four-speed manual transmissions, Chevrolet not only agreed; they suggested the latest version of the small-block 283, the new 327 cubic inch Corvette motor. Rumour has it that Ed Cole, the top of the top brass at GM, was considering importing the car to sell as a halo car, a 2+2 to sit alongside the two-seater Corvette in Chevrolet showrooms and get the buyers drooling.

If only things were so easy back in the UK. Gordon and Keeble had secured some financial backing from a wealthy enthusiast and found factory space in Slough, but getting the ball rolling with other parts suppliers was proving troublesome. After the original prototype’s debut, it took a further four years for the first cars to reach production. By this time, the backers and existing suppliers were getting nervous, and Gordon had once again cleared his desk and walked. Keeble continued, adding his own name to the project to make it the Gordon-Keeble, with one of the major backers, George Wansborough, stepping in as Chairman and moving the factory to Southampton.

By the time the car finally reached production in early 1964, the Gordon-Keeble GK1 differed quite significantly from the prototype. It was now bodied in GRP, laid by Williams & Pritchard, an Edmonton-based company well known for bodying racing cars and low-volume production cars, and the interior was trimmed in vinyl when leather should have been almost obligatory.

The Gordon-Keeble was old news as soon as it went into production. The styling was four years out of date, the advanced suspension and braking wasn’t advanced any more, and putting meaty American V8s into handsome British GT coupes was hardly a novel idea. So it speaks a volume about the quality and beauty of the design that Gordon-Keebles sold as quickly as they could be built.

The great and the good were queuing up to buy the car, and they were even getting some interest from the lucrative American market – though not by Ed Cole’s mass-market standards – before Gordon-Keeble realised that they’d priced themselves out of the market. The GK1 wasn’t too expensive; quite the opposite. At around £2,800 it was way too cheap. This was around 30% cheaper than a comparable Aston Martin, and half the price of any Ferrari. When full production amounted to around three cars per week, the profit margins were just too narrow, and even after a couple of modest price rises, they were still not reaching fluidity.

The company, which should have been revelling in its own success, was already struggling when the final kick in the teeth came from a local parts supplier. Gordon and Keeble wanted to use rack and pinion steering in their original design, but there was no way it would have fitted around the bulky Chevrolet engine and ‘box. So, their sophisticated spaceframe chassis had to use a distinctly old-school recirculating ball steering box, built and supplied by Adwest. In early 1965, Adwest workers went on strike. Suddenly, with production halted for the want of steering boxes, orders backing up and no cash coming in, Gordon-Keeble faltered and died. Keeble left and, in May 1965, the company went into administration.

An enthusiastic Gordon-Keeble sales agent, Harold Smith, and Geoffrey West bought up the remnants of the company and moved it a few miles to Eastleigh, incorporating it under the new name of Keeble Cars Ltd in July 1965. Unfortunately, with just a handful of further GK1s built, this company also went to the wall in the summer of 1967.

Only around 100 Gordon-Keebles were ever built. Nobody is quite certain of the exact number, but 98 production cars were made, with another supposedly being built in 1967 and another assembled from spare parts some years later, but a nice, round 100 is too neat for a narrative such as this. John de Bruyne bought the rights to the company in 1968, with the intention of launching it properly in America, but aside from supposedly exhibiting a pair of examples at the New York Auto Show, nothing further ever seems to have come of this.

This is a car that deserved to succeed. It had all the right ingredients, it was beautiful, it was powerful, and it drove superbly despite its far-from-lightweight build… Had Aston-Martin made this car, it would surely have been a world-beater. Even so, survival rates have been amazing – the owners club (www.gordonkeeble.org.uk) believes that 92 of those original 100 or so cars are still around, with 88 of them roadworthy. They are also deservedly loved and sought after by collectors and restorers, with prices to match. The cars have achieved the status of other contemporary coachbuilt grand tourers from traditional names, despite the company only existing for a handful of glorious years.

Incidentally, the cars were definitely hares – 140mph wasn’t too much of a problem – but the company badge was a tortoise. Apparently, this is because of an early photo shoot with the prototype, when someone’s pet tortoise wandered into shot and appeared in the photographs. It was a superbly inappropriate badge, with a tinge of irony – tortoises may not be known for their speed and poise, but they are known for living a long, long time…