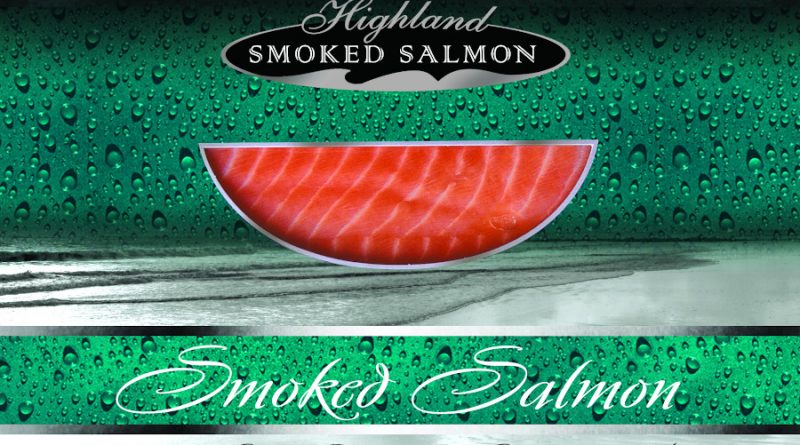 Where freshness is the key to success Highland Smoked Salmon (Scotland) Ltd, is the largest independently owned Smoke house in Scotland producing and supplying both retail and manufacturing customers worldwide with the perfect smoked salmon.

During this period of lockdown and the uncertainty that has accompanied it my thoughts have often turned to food, and my weighing scales tell me that this is a little too regularly, and one of our household’s absolute all-time favourite food stuffs has to be smoked salmon. As soon as this delicious delicacy crosses the threshold it appears to almost instantly disappear requiring me to set out once more in search of this finest fish.

All this thinking about and indulging in some of the finer things, everything in moderation after all and I am all too aware of how lucky I am, has me puzzling over how it came to be. This natural source of protein from our rivers, salmon, when did we decide, or even be able to, smoke it to create this fabulous colour rich food. Historically the process of smoking is as it sounds, and this was used to preserve perishable meat and fish in order to keep the food for longer and help it last over the bleaker winter periods. Typically, the fish is caught and then goes through a process of salting, being covered in salt which is left to draw the water out, and then is smoked at high temperatures over fires traditionally using oak, to preserve it as edible for a much longer period of time than if it were fresh.

The history of smoked salmon is a shared one to some extent and as with many innovations over the millennia, centuries and decades, there isn’t necessarily an undeniable starting point of first creation and a spreading of the technique from there. These new discoveries of how Man is to achieve an end, in this case food preservation, almost happen simultaneously at multiple locations give or take a few years. Early evidence of salting and smoking of perishable food stuffs, primarily meat and fish can be found in both Greek and Roman civilisations and also among Native American Tribes. The fish was popular in the Middle Ages too, being used in other gastronomic applications such as soups or salads and was thoroughly enjoyed by many.

Here in Britain the story of our love and introduction to smoked salmon has a slightly later beginning and can be traced to Jewish immigrants from regions of Eastern Europe coming to London in the 19th Century. At this point the immigrants were bringing barrels of Baltic salmon with them, still in sea water and smoking it in the East End of London where they had begun to settle and establish a community. The story goes that as members of the Jewish community started shopping in Billingsgate Market, now the UKs largest inland fish market which was established by Parliament in 1699, they discovered the magnificent salmon coming down to London from the waters of the Scottish Highlands. This fortuitous find meant that they no longer needed to import Baltic salmon and many Smoke houses were established in London’s East End and the magnificently delicious delicacy they produced began to sell far and wide across the Kingdom. Although it was primarily the Jewish community that were producing this fishy delight, it was not the Jewish community that were eating it, as immigrants they were relatively poor and the smoked salmon they produced was an expensive luxury, not just a cream cheese bagel topper! Their customers were very much the well-heeled, Landed Gentry and Royalty, not the working classes.

Although enjoyed far more widely today and in the reach of most Western pockets, smoked salmon is still considered a treat and a premium product as well it should be. Today, production in London’s East End is all but gone with only one Smoke house remaining and when you consider the distance and time taken for the salmon to travel, then logically the freshest Scottish smoked salmon will of course be produced in Scotland in particular the Highlands as they are closest to the source.

Situated in the beautiful surroundings of the Scottish Highlands in Ben Nevis country at Fort William, is Highland Smoked Salmon (Scotland) Ltd, and with Scottish salmon known as “The King of Fish” it is perfectly placed to create the product after which the company is named. Up in the Highlands the shores are famous for their crystal-clear waters and consequently the absolute best of salmon. Highland Smoked Salmon have been making smoked salmon in this stunning location for over thirty years and they are the largest privately owned Smoke house, now in the hands of the second generation, and as a business with this experience and longevity it is not surprising to learn that they take salmon very seriously indeed. Like all production, processing and creation of any goods, but especially fit for our consumption there are many more aspects to consider than just making smoked salmon, learnt from years of experience, ranging from the environment in which they operate to the very future of the ecosystems that sustain the fish and other organisms upon which they rely.

This experience and dedication to sustaining and producing only the very best quality and freshest smoked salmon has given the team at Highland Smoked Salmon a hard earned and well-deserved worldwide reputation as producers of a premium product. They currently supply customers in many countries from as far afield as Mexico and Singapore and in the course of a year Highland Smoked Salmon process a whopping three thousand tons of salmon, that really is a lot of fish, a local company with an international market reach. Of course, Highland Smoked Salmon also supply establishments much closer to home and in fact many local businesses have home sourced produce at the core of their own ethos, for example, Tom Hadfield, of the Ben Nevis Inn says, “Using local suppliers is a vital part of our business and Highland Smoked Salmon delivers a World Class product right on our doorstep and keeps our customers coming back for more!”

If you are beginning to think that I have an obsession for this delicious fish, there is a more than tenuous link between Morgan cars and Highland Smoked Salmon (Scotland) Ltd. For those of you who don’t know a certain Tim Parsons is the Company’s Sales Director, yes that Tim Parsons, the racing one! A highly successful racer he is too fearlessly driving his 2011 Morgan 4/4 Super Sport 1990cc to Championship glory in the 2018 Morgan Challenge, as Overall Winner and Class “R” Champion and adding his name to the “Peter Collins Tray”. Tim was also Class “R” Champion in 2016/17 and has won the Techniques Trophy at Silverstone. Tim is well known on the racing scene and always found with a cheerful demeanour and a smile on his face.

As mentioned earlier, Highland Smoked Salmon take their social, ethical and technical responsibilities seriously, with food safety being key to the business. The Company is RSPCA Assured, are BRC (British Retail Consortium – Food) grade AA accredited having achieved ten years of the highest standards, accredited by SOPA (Scottish Organic Produces Association) and have Kosher status. Furthermore, Highland Smoked Salmon are committed to reducing their impact on the environment, recycling waste packing and shipping its own produce in packaging that can be recycled whilst reducing the amount of packaging used. A reduction in power use and subscribing to a more sustainable and efficient power supply is an area that Highland Smoked Salmon is keen to promote and they have begun a project to massively reduce the Company’s electricity requirements by replacing the factory lighting with low energy LED panels.

Highland Smoked Salmon produce a wide range of salmon products from its flagship Vintage Smoked Salmon, traditional, organic and hot smoked, through to poached, whole and fresh fillets of salmon, with trimmings and gravadlax also available in the range.

To find out more about this local business operating on a global scale visit their website, details below, or if you find yourself travelling the high road, stop in a hostelry and try some Highland Smoked Salmon in the wonderful surroundings of the Scottish Highlands.