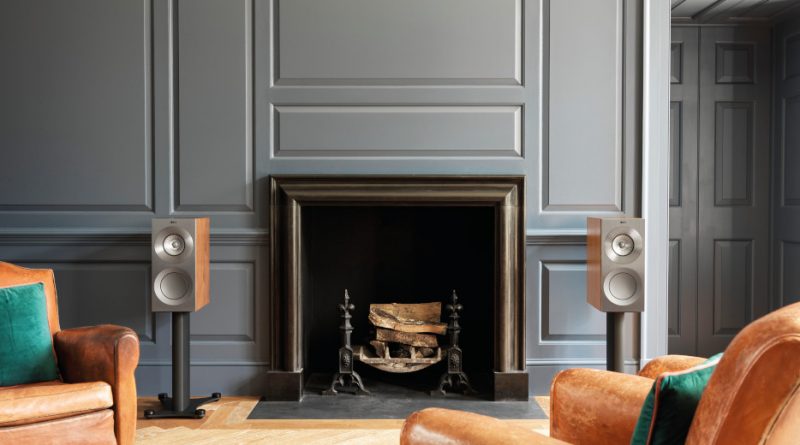 The Kent based British loudspeaker manufacturer with worldwide sales and products that incorporate unique styling and design.

“I like small people I like tall people, if they’ve music, they’re wired for sound” Cliff Richard once sang, or at least that’s what I thought, and so did my Mum! Just to explain, my Mother is a master of the misheard and reinterpreted lyric, the twisted lyric as it is often called. Sir Cliff was of course singing “I like small speakers I like tall speakers” but I guess it depends on the quality and clarity of what is delivering the sound that you are listening to and in mine and my Mother’s case perhaps we needs some better equipment?

The ears are a wonderful thing and all the senses alike, the ability to hear a wide range and spectrum of sounds that can bring the human brain and body various states of being from joy to pain is a real gift. However, throughout our evolution we have had the need to communicate more widely, in the hope of maximising our audience for whatever nugget of information that we need to convey, be it gathering a hunting party or retelling our folklore. You can see it now can’t you, how do I reach the people at the back of the gathering with this vital message? Well, you can shout, cup your hands or use a form of trumpet I suppose, but let’s have a look at how the process of direct communication progressed to where we are today.

As is often the case in the Handmade in Britain corner, it is time to get technical and find a definition of our subject matter which in this case is a speaker or loudspeaker, which in turn is an electroacoustic transducer, essentially a device that converts an electrical audio signal into a comparable sound. While we are talking terms, the word speaker can have a couple of meanings and can refer to individual parts of the system, drivers, or the whole system itself made up of the transducers referred to as drivers. The speaker systems we use today, certainly in the domestic environment, are most likely to be of the dynamic speaker kind, a 1924 invention by Kellogg and Rice; however, it all started in the nineteenth century. Laying claim to the first electric loudspeaker would be Johann Reis, having put one in his 1861 telephone, but bigger names were on the horizon. Talking of telephones, that well known inventor Alexander Graham Bell filed his loudspeaker patent in 1876 and that shining light of invention; Thomas Edison, also had a British patent for a compressed air speaker.

The first large scale and commercially used loudspeaker systems came into use during the 1930s with film, the movies, being a driving force behind their inception. Technically the loudspeaker had a long way to go and of course continues to be developed and refined to give us the ultimate audio experience.

Moving forward to 1961 the story of KEF begins, the name itself is an acronym derived from Kent Engineering & Foundry where the Company operated out of a Second World War Nissen Hut. Founding partners Raymond Cooke and Robert Pearch were looking to improve speaker technology, using modern materials and design to create a high quality product. Cooke had served in the Royal Navy as a radio operator, obtained a BSc in Electrical Engineering from the University of London, had a stint at the BBC and had been employed as Technical Director at the British speaker manufacturer Wharfedale. Leaving Wharfedale to establish KFE where the ethos, right from the off, has always been to innovate focussing on finding ways to improve the sound that we hear and this has led to a highly prized and rightly held reputation for engineering excellence.

The company found success in their chosen field by bringing quality products to the market based on Raymond Cooke’s insistence on engineering best principles. This rapidly growing reputation for excellence and a strong name for quality drive units led to KEF developing sales into International markets, eventually becoming a world renowned loudspeaker manufacturing house. As the company grew so did its recognition and with this KEF was awarded the Queen’s Award for Export Achievement twice in a decade, firstly in 1970 and again in 1975. To crown the end a very successful decade for KEF as the company welcomed new horizons and continued development, Raymond Cooke was awarded the Order of the British Empire Award from Her Majesty Queen Elizabeth the Second in 1979 for his work and wider contribution to the Nation. In 1995 Raymond Cooke passed away but the company that he founded, KEF, continued without him upholding the ever present pursuit of excellent, as Raymond once put it, “I was determined to put into practice the many possibilities I could see for improving loudspeakers through more rigorous engineering”.

Known for its innovative products that are of the highest quality and clarity, the company is also renowned for its innovation in product design. We are all aware I’m sure of the style over content school of product design, “Hey, make it look whacky and it will sell” and to some extent design for designs sake is acceptable, but the true art lies in the combination of form and function, where one is the product of the other, and this is an area where KEF excels and wins the admiration of both its customers and competitors. This level of design innovation has on occasion been controversial, evoking a reaction, which I’m sure, is important for any designer. A good example of his is the KEF “Egg” speaker, this iconic, multi-award winning speaker range, known as the E System has a not dissimilar shape to nature’s own design classic, the egg, hence the term of endearment among the audio community. Perhaps KEF’s flagship loudspeaker when it comes to design style is the futuristic beauty that is the MUON which is an incredibly bold Man-sized, yes that’s correct they stand that tall, loudspeaker pair. Designed by Ross Lovegrove and a limited edition of 100 pairs and it is well worth popping onto the KEF website to see these audio wonders, details at the end of this article.

Currently KEF provides a range of loudspeakers that cover variety of applications including Home Audio, a selection of Wireless speakers, Headphones for that personal listening experience and Architectural providing loudspeakers for in wall and external uses. The Company’s products are available through various retailers both here in the U.K, such as Sevenoaks Sound & Vision to Richer Sounds, and abroad.

Having manufactured loudspeakers for nearly sixty years and across two centuries KEF really are a British company to celebrate and one that is lauded by its industry’s media. A clear favourite of “What Hi-Fi”, the magazine compiled their definitive list of the top eleven loudspeakers and loudspeaker systems manufactured by KEF since the magazine’s inception in 1976, which they billed as the best of all time! Interestingly to me and I’m sure other guitar amplifier and public address system aficionados KEF share their research facility with that well known speaker maker Celestion, there is one of their cones in my Marshall valve amp, and still not a lot of people know that!

If this has been music to your ears or has got you thinking it’s time to have more clarity in your life without any compromise in design then visit the KEF website to see how and where you can enhance your listening pleasure, and remember to turn up the volume so that your neighbours can share your experience!