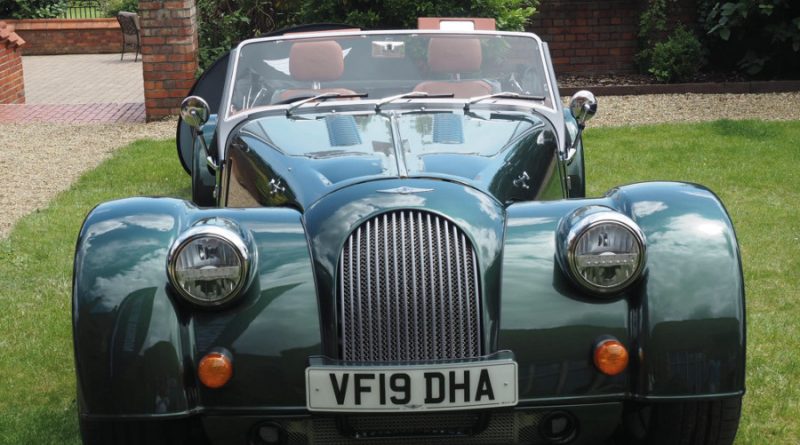 Six in the Sun

Making its UK Debut at the MSCC’s Victory Mog event at Dunstan Hall, Norfolk, the Plus Six made a great impression on all who saw it, including Charles Morgan. The car looked absolutely splendid, bathed in sunshine. The Plus Six drew almost exclusively positive comments, though a few concerns were made about the lack of a manual gearbox. Everyone appreciated the looks and proportions of the car. Many positive comments were made regarding the spaciousness of the cockpit. A couple of dealer technicians remarked on how easy it should be to work on as the car is clearly a brand new design from the wheels up, and not an evolution of the old tried and tested Classics. Before the event 135 firm orders for a Plus Six had been placed, that’s before anyone had driven the car! How does it drive? We’ll know very soon!

Just as MOG was going to press news of the latest round of the Morgan Challenge reached us concerning the Morgan UWR Works team. Readers will know that since the team’s introduction of the Club Sport cars last season drivers Craig Hamilton-Smith and Tony Hirst have been locked together in extremely close competition, with Tony just having the better of his team mate. They have exchanged paint samples on a couple of occasions but this race saw a little bit more than that. In Tony’s words,

“Craig got a little giddy on the first bend of lap three, possibly due to over confidence, because to be fair he had been superb in qualifying. Both CSs had been brilliant in the dry and in the wet. But the race was run in the wettest conditions imaginable, the track even had patches of standing water. But on that bend, he just had a slightly too heavy right boot and gave me the gentlest of touches. He was ok, he span twice and carried on. I managed to get a little speed off the car in the gravel but as soon as I was on the grass I was a passenger. My only destination possible from that point was the barrier.”

The shunt was drawn to the attention of the clerk of the course, who summoned both drivers. Tony was asked if he wished to complain, but such is the nature of their comradeship Tony took Hobson’s Choice and dismissed the idea completely. Craig had finished third and he didn’t want to jeopardise Craig’s position on the podium. So Craig escaped with a class victory and his championship points, as opposed to penalty points on his racing licence. Tony Just smiled and is very much looking forward to the next round during the Peter Morgan Memorial Meeting at Donington.

Let’s hope that in his centenary year as many Morgans as possible turn up to witness Peter’s grandson Craig resume his close combat with Tony. Full reports of all races will feature in later editions of MOG.

Once again Morgan Motor Company had pride of place with their trade stand at the UK’s premier country show. The show has rich marketing potential for Morgan, because as the saying goes, I’ve never seen a farmer on a bike! Enquiries were coming in thick and fast from many quarters. Of course the Show is primarily a chance for farmers to show off their prize beasts, and this year did not disappoint. It is also a splendid opportunity to try all sorts of produce and Mog was very pleased to see an old friend, Jayne Jones, in the food hall enjoying her new life as a purveyor of the finest vegan sausages.