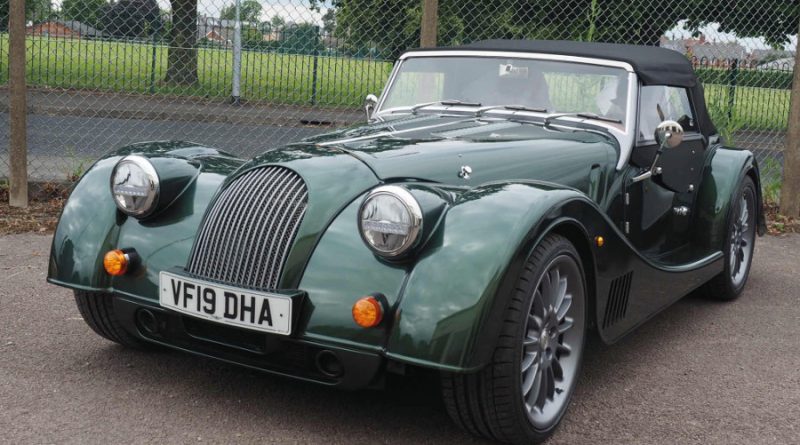 Thrill On The Hill

Morgan Motor company has announced that all Dealers will receive their Plus Six Demonstrators at August’s Thrill on the Hill. The event held at Prescott this year on 11th August will see Owners and Enthusiasts from all over the world bringing their own cars to drive up the Bugatti Owners’ Club Hill Climb track. Now with this news it is to be hoped that the many customers who have paid their deposits, and others wondering if they may be better off with six inline cylinders than with their current configuration, may just get their first test drive with their dealer up the track. It will certainly make a change from a quick cruise around the block.

Mog can’t wait, but it’s not long now. Next edition will carry full coverage, of course!

London, UK – 16 July 2019) – The world’s first fully electric British hypercar, the all-new Lotus Evija, has been revealed. With unparalleled performance and a target power output of 2,000 PS, it sets new standards in terms of advanced EV engineering. Quite simply, the Lotus Evija is the most powerful series production road car ever built.

Like all Lotus cars throughout the brand’s storied 71-year history, the Evija has been precision-engineered to deliver an outstanding driving experience both on the road and track. It is the most dynamically accomplished model ever built by the company, setting new standards for Lotus driving performance. Above all else, it is ‘For The Drivers’.

As a name, Evija (pronounced ‘E-vi-ya’) means ‘the first in existence’ or ‘the living one’. It is highly appropriate; Lotus has an unquestionable reputation for its pioneering approach in both automotive and motorsport.

The Evija marks the start of an exciting new chapter in the history of an iconic and much-loved British sports car brand. It is the first hypercar from Lotus, and the company’s first model with an electrified powertrain. As the first completely new car to be launched under the stewardship of Geely – the world’s fastest growing automotive group – its significance cannot be overstated.

Here at MOG we cant help wonder of Investindustrial will go for something similar from Morgan. Nothing like a bit of competition!

Would Motorists Pay To Have Potholes Fixed?

Almost 20 per cent of motorists would make a one off payment to the Government to fix the country’s pot hole problem according to a new survey by Motorpoint.

The web-based poll from the UK’s leading independent car retailer found 18 per cent of drivers would pay over and above their Vehicle Excise Duty in order to raise the £9.79 billion required according to the Asphalt Industry Alliance to bring British roads up to scratch over the next decade. Based on the 32.9 million people who currently hold a UK driving licence this equates to a one-off payment of £239.

Britain’s ongoing pot hole problem was recently dubbed a “national scandal” by the Transport Select Committee who called on the Treasury to provide a “five year funding settlement so local authorities can address the road maintenance backlog.” Some 500,000 pot holes are reported annually by members of the public every year according to the RAC Foundation.

“Pot holes are not just a nuisance when driving but a genuine safety hazard for all road users,” explained Mark Carpenter, CEO of Motorpoint. “It’s encouraging to see from the poll that we conducted on our website that motorists support the idea of paying a one-off surcharge to address this real problem and repair our roads to a level where all motorists are able to drive on them safely and securely.”

The Pothole Menace need fixing it’s one factor that can really sour Morgan ownership. But a payment like that would be a bitter pill.