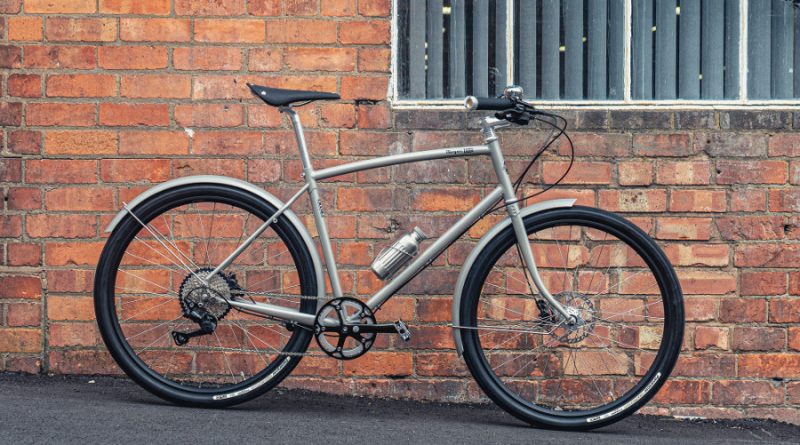 If you missed out on a 110 anniversary car, fear not as there is one last chance to join the celebrations as Morgan Motor Company and Pashley Cycles have launched the Pashley-Morgan 110 Limited Edition bicycle. The companies’ design teams have worked together to create a unique bike that marks a fitting tribute to this significant anniversary.

The launch of the Pashley-Morgan 110 Limited Edition continues the already successful partnership between Morgan and Pashley. It follows the release of the Pashley-Morgan 3 and 8 models, introduced in 2018, which have captured the imagination of customers from both companies around the world.

Founded in 1909, Morgan Motor Company is famous the world over for its range of handcrafted sports cars. Pashley Cycles has been making bicycles since 1926 and is today England’s longest established bicycle maker. With centuries of combined heritage, craftsmanship and passion for their products, Pashley and Morgan continue to create uniquely British offerings.

Just 110 examples of the Pashley-Morgan 110 Limited Edition will be made, each hand built at Pashley’s factory in Stratford-upon-Avon. A headset cap engraved in the style of a car’s speedometer will display each bike’s individual Limited Edition number.

The Pashley-Morgan 110 is finished in a celebratory Satin Champagne coating with Morgan 110 graphics and subtle livery inspired by Morgan’s heritage.

The Pashley-Morgan 110 Limited Edition made its debut at the Eurobike 2019 show in Friedrichshafen, Germany on 4 September 2019, and be shown in the UK for the first time at Goodwood Revival on 13-15 September 2019. Orders for the bike will opened at Eurobike 2019, and first deliveries are scheduled for November 2019.

The Pashley-Morgan range is available to purchase through the Morgan Motor Company directly, Morgan’s global network of Dealerships, and selected Pashley Cycles outlets worldwide. In the UK, the bike will be priced at £1,750.

Special treats await visitors to this year’s Lancaster Insurance Classic Motor Show, with the return of SP1 featuring among the Morgans on show, and classic rallying specialists, HERO Events, brings the 2019 RAC Rally of the Tests to the NEC for the very first time.

MOG’s very own Phil Royal coordinates the gathering of Morgans on the MSCC stand and he tells us that SP1 (recently seen undergoing some work at the factory) has been promised to him for the duration of the show. The stand will feature cars illustrating Morgan’s 110 year history starting with Martyn Webb’s 1910 Runabout with examples of as many types as possible on an enlarged stand this year.

On Saturday 9 November, cars and crews competing in the RAC Rally of the Tests, arguably one of the UK’s toughest events, will take on an indoor course in one of the seven show halls. With a wonderful selection of classic and vintage vehicles competing, the crews will be battling it out to set the fastest time to lift the winner’s trophy at the finish line.

The action, which will last for around two hours, takes place in Hall 6 and will see competitors tackling a thrilling speed and agility test. This will mark the half-way point of the Rally, and crews will be waved away from the NEC to continue with the event. On hand to provide commentary and interviews will be motorsport expert, former rally driver and HERO Communications Director, Tony Jardine.

This year’s RAC Rally of the Tests takes place from 7-10 November and sees more than 60 crews set out from the start in Torquay. Over the course of 750 miles, they will head to Bristol and into Wales, tackling a challenging mix of tests and regularities before reaching the finish line in Chester. Competing for prestigious awards, there is also a superb mix of entries from a 1936 Derby Bentley to MGs, Porsches, Minis, and plenty more.

Visitors should also head to the HERO Events stand to find out more, and they can even try driving a classic for themselves with cars from the ‘Arrive and Drive’ fleet on hand. It’s also a great opportunity to check out the Rally of the Tests clothing and regalia produced specially to commemorate this special appearance at the NEC season finale on its 35th anniversary.

Tickets are now on sale for this year’s Lancaster Insurance Classic Motor Show, with Discovery. For more information including ticket options and booking details, visit www.necclassicmotorshow.com.