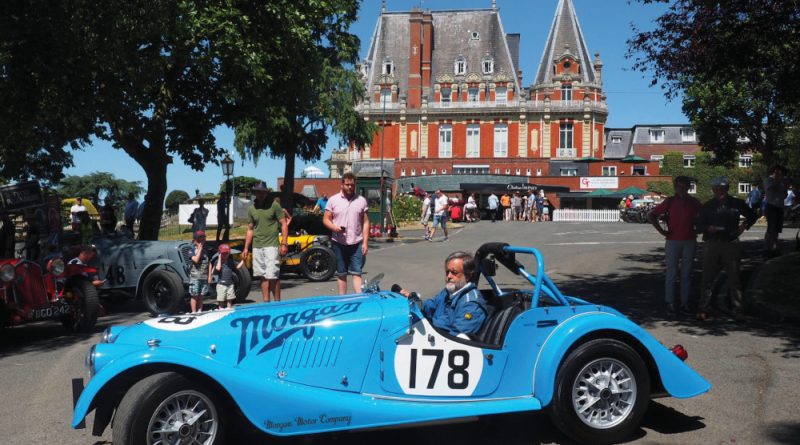 “Thirty-eight people have been killed on smart motorways in the last five years, the government has told BBC Panorama. It is the first time that the total number of deaths has been reported. Smart motorways have been criticised because they do not have a hard shoulder and drivers who break down can be trapped in the speeding traffic. The network is facing an overhaul with the results of a government review due to be announced shortly.

There are around 90 deaths per year on the UK’s motorway network as a whole, which covers about 2,300 miles of road. The figure of 38 deaths over five years on the smart motorway network is significant because it only makes up a small proportion of the total miles of road. Transport Secretary Grant Shapps told BBC Panorama he wants to fix smart motorways because they are too confusing for drivers. He said: “We absolutely have to have these as safe or safer than regular motorways or we shouldn’t have them at all.”

A government review, the results of which are due to be announced shortly, is expected to recommend reforms to improve safety. Panorama understands that radar will be fitted across the whole smart motorway network over the next three years. The car detection system – which is currently only fitted on two sections of the M25 – can spot stranded vehicles as soon as drivers break down. Nationally, motorists currently have to wait an average of 17 minutes to be spotted, and a further 17 minutes before they are rescued.

The former government minister who approved the roll-out of smart motorways told Panorama he was misled about the risks of taking away the hard shoulder. Sir Mike Penning agreed to the expansion in 2010 after a successful pilot on the M42 near Birmingham. The pilot worked well because there were safe stopping points for motorists, called emergency safety refuges, on average every 600 metres.

But when the scheme was expanded across the country, the safety refuges were placed further apart. On some sections, they are 2.5 miles apart. “They are endangering people’s lives,” said the Conservative MP. “There are people that are being killed and seriously injured on these roads, and it should never have happened.” Highways England said the plans to expand smart motorways were approved by ministers and that it was working to gather the facts about safety. A spokesperson said: “Any death on our roads is one too many, and our deepest sympathies remain with the family and friends of those who lost their lives.”

MOG has been very concerned about driving on “Smart Motorways ” for many years now. our original research in 2016 indicated that there had only been one death nationally attributed to the removal of the hard shoulder. So this new BBC report is terrifying. Sitting in a stranded Morgan on a live motorway lane simply does not bear thinking about. Luckily in his own experience the Editor was able to limp a few hundred yards to the next refuge. Otherwise there may have been a vacancy at MOG Towers.

The famous Worcestershire Venue has issued the following statement. “Moving on to Chateau Impney’s next chapter”

The 2019 Chateau Impney Hill Climb will be the last of this series of motoring events at Chateau Impney. Consequently, the 2020 event will not be taking place.

Hosting the Hill Climb has been an amazing 5 years. We set out: to create memorable experiences which consistently exceeded expectations, to create an event that felt exclusive but was incredibly inclusive and to deliver an event worthy of a recognisable award.

We have achieved all of the above and it is now time for us to bow out in style and focus on the exciting next chapter for Chateau Impney. We would like to thank all the partners, team and guest for their support over the years, as we couldn’t have done it without you, and we look forward to involving you in our future.”

MOG is proud to announce that the Bromyard Speed Festival is going on the road again to Shelsley Walsh. So we will still have a home event this year! Sunday May 31st will see the old course at Shelsley reverberating to the sound of all the usual vehicles that last year were seen tearing around the streets of the little market town. Once again it is expected that there will be many Morgans on show. As a prequel, Saturday evening will see a gathering of the cars in the town itself and will feature a buffet supper before a showing of Le Mans 66. This may well be a hint as to which cars are hoped to star over the weekend.