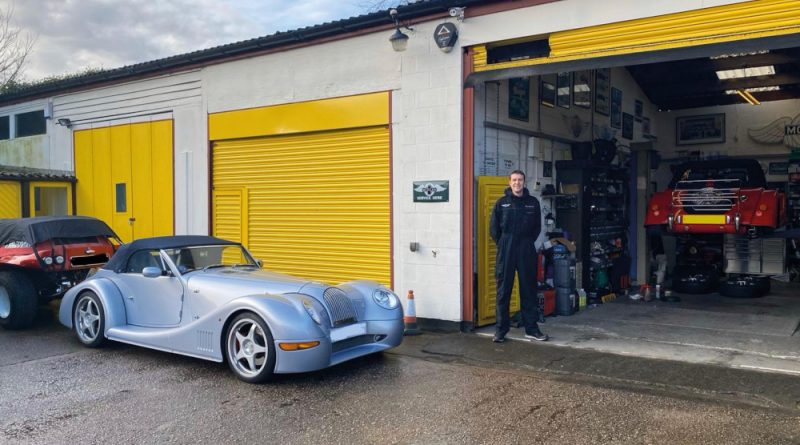 The World’s Oldest Morgan Dealer has moved from the Centre of Southport to Banks on the outskirts of the town. Proprietor Dave Randall has finally retired, and the business has been taken on by Matt Jackson, the chief mechanic at the dealership. Matt has been at Life’s and working with Morgans of all ages for well over ten years now and he will continue to provide his expert care and attention for all types of Morgan.

Life’s is now co located with Europa Engineering at Banks Service Station. Matt told MOG a great advantage of this new location is that if he can’t find a part for a Morgan through his extensive network of contacts, they can probably manufacture it on site. There is also a trim shop on the premisis as well, so Life’s should become a one stop shop for all Morgan repairs and servicing. A new website will be running soon, in the meantime Matty can be contacted on Life’s original phone number which will not be changing. 01704 531375

The policy was unveiled by Prime Minister Boris Johnson at a launch event for a United Nations Climate Summit to be held in Glasgow in November. MOG understands, however, that in a statement issued before the Launch the Government had merely stated that this bringing forward of the ban from 2040 would only happen, “if possible”. How Morgan Motor Company complies with this proposal remains to be seen, but MOG understands that hydrogen powered cars are the preferred option.

Many readers will know Shelsley Walsh as an historic motor sport venue and will probably have attended numerous meetings there, but did you know that the Midland Automobile Club is also fortunate to have a watermill on the same site? Many features of the current mill date from the 17th century but records indicate that there has been a mill on this site going back to 1308! The Shelsley watermill is the only working water powered corn mill in Worcestershire.

This May is a significant month in more ways than one; firstly, it is the 75th anniversary of VE Day and secondly the 10th anniversary of the official opening of the Shelsley water mill following its extensive restoration by the dedicated group of volunteers. Coincidentally, these events are remembered on the weekend of the 9th and 10th of May which, this year, is also the National Open Mills weekend.

This year the volunteers are planning a special 1940’s themed event to commemorate these anniversaries and will open the site for the Bank Holiday Friday and Saturday and Sunday, 8th, 9th and 10th May from 11am to 4pm on each day with milling demonstrations from 2pm to 4pm.

Of course, Shelsley wouldn’t be Shelsley without some automotive presence so this year we will be displaying some period vehicles including WW2 military, agricultural and road going. There will also be the opportunity to walk the famous Shelsley Walsh Hill Climb Course, this will not be timed! Entry is free.