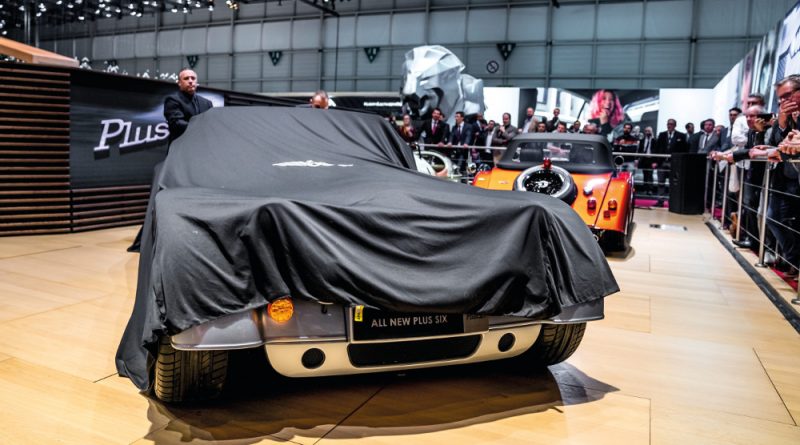 TWO MOMENTOUS ANNOUNCEMENTS AND A SMALL ONE

March 5th 2019 will be remembered as the day Morgan stepped into the future. On that opening day of the Geneva Motor Show the company unveiled the stunning new Plus Six, formerly known on the page as “The Widebody” and announced that Italian Private equity Investindustrial were taking a majority shareholding in the Company. Both stories are covered in detail in this edition, along with the small matter of the launch of the limited edition Plus 4 100 Works Edition.

Reported on the Daily Mirror Twitter feed, Ian Duncan-Smith arrived for the Chequers meeting on Sunday March 24th in a classic sports car… with the top down. MOG can reveal that his car is a 1998 Plus 4, but what happened in the meeting is anyone’s guess and is outside our remit!

Visitors to the 2019 Donington Historic Festival on 3-5 May will enjoy not only a hugely entertaining three days of action on the circuit, but also a jam-packed programme of off-track entertainment, including massive display areas, exhibitions and parades.

Formula One cars confirmed for display. A number of F1 cars will be on display during the event, with some taking to the track for demonstrations too.

Cars already confirmed include an ex-Nelson Piquet Benetton B190, the Toleman Hart machine from 1984 that powered Ayrton Senna to stardom, a 1991 Dallara BMS-F191, a Hesketh from 1977 and an extremely rare Honda R8 1082.

Donington Park’s Infield and Grand Prix Loop will play host to hundreds of cars from almost 60 clubs. In addition, there’s a special pre-1990s parking area for non-club members who book to bring their classic, and dozens of the pre-1990s and the club display vehicles will be seen out on track in the lunchtime parades.

Advance tickets offer significant discounts over buying on the gate, starting at just £10 for the Friday qualifying day (May 3). Children aged under 13 are admitted free of charge and there are discounted tickets for teenagers aged 13-15.

Visit www.doningtonhistoric.com for further information and to book tickets.