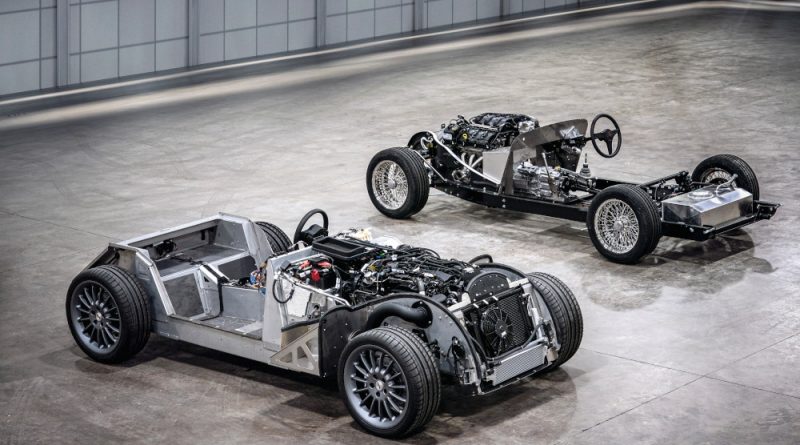 The Morgan Motor Company is to continue its technology drive with the launch of new models based on its recently introduced CX-Generation aluminium platform. The new car introductions will take place in 2020 and form a core range of models for the British manufacturer.

It follows the success of the first car to use this platform, the Morgan Plus Six. Launched at the Geneva Motor Show in March 2019, it has received an overwhelmingly positive reaction from both the press and customers, in large part thanks to its CX-Generation platform.

Designed in house by Morgan, the CX-Generation platform is twice as rigid as the previous aluminium chassis used by the company, which underpinned the Aero 8 and second-generation Plus 8 models. Thanks to a focus on reducing weight, it tips the scales at just 97kg, contributing to the Plus Six’s mere 1,075kg dry weight.

Although full details of the new CX-Generation aluminium platform models are yet to be shared, the company can confirm that the range will feature a variant with a manual gearbox, as well as an engine with a smaller capacity than the 3.0-litre turbocharged inline six-cylinder unit used in the Plus Six. It is reasonable to assume that the smaller engined car will have minimally smaller wheels and wings so slightly different dimensions as well.

The launch of new CX-platform-based cars in 2020 will mark the end of production for Morgan’s legendary traditional steel chassis, and therefore the end of sliding pillar suspension as well. Introduced in 1936 in Morgan’s first four- wheeled vehicle, the 4-4, the steel chassis has played a hugely important role in the company’s history, underpinning its models for 83 years. A variation of the chassis continues to be found today, in the Morgan 4/4, Plus 4 and V6 Roadster.

Morgan has not confirmed an official end date for production of the traditional steel chassis models but recognises a period where it will be produced alongside CX- Generation models before its discontinuation in 2020. Morgan will continue to provide aftersales support for all models as before.

Steve Morris, CEO, Morgan Motor Company, said “The CX-Generation aluminium platform represents a significant undertaking for a small company like Morgan. Following the success of the platform and the Plus Six earlier this year, I am delighted that we can finally reveal further plans for new models in 2020.

We recognise a need for a more resolved core product that fits in with our customer’s growing needs, as well as future legislative requirements. The advanced engineering encompassed within the new platform is a vital underpinning for the next generation of Morgan sports cars, and further demonstrates the exciting blend of craftsmanship and technology that makes Morgan cars unique.

The awards which are new for 2019, are a set of annual accolades recognising excellence and outstanding contributions to the UK’s historic motoring and motorsport industries. The RAC Club has been at the heart of the motoring world since its formation in 1897, and the Historic Awards are a natural continuation of their rich heritage. The Chateau Impney Hill Climb took top honours in the Competitive Event category (sponsored by Brewin Dolphin), with the judges commending ‘the winning combination of a classic venue, excellent organisation, ‘proper’ competition from a strong entry and great facilities and attractions for visitors.’

The award was graciously accepted by Rod Spollon the Managing Director of Chateau Impney, who was responsible for bringing the Hill Climb back to Chateau Impney in 2015, who commented ‘From the first event in 2015, we set out to create an experience which consistently exceeded expectations, year after year. The event would not be what it is today without the people involved, the visitors, the competitors and the contributors, bringing with them an enthusiasm and passion not only for motorsport but by creating an atmosphere where everyone at the event feels included and a part of something special.’

The Roadster 100 Register has won “The Extra Mile Award” for its staging of All Morgans’ Day as “Community Event of the Year” during the Combat Stress awards night held at the Cavalry and Guards Club.

The event has been running at Blenheim Palace since 2016 and will return next year. So far it has raised £27,000 pounds for the charity and Combat Stress are thrilled to be the beneficiary for next year’s event as well. MOG will be there as well to support the event which will be held on 7th June.